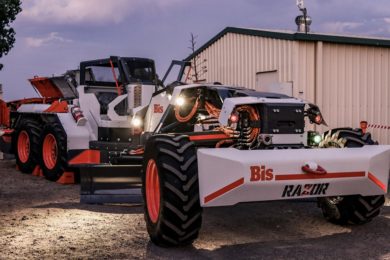 Bis’ latest innovation, Razor, has sparked strong interest from Australia’s mining community shortly after launching, with Whitehaven Coal securing one of the underground graders and another miner committing to taking two units.

The orders follow a product launch in October and a customer roadshow across Queensland and New South Wales in November.

Bis CEO, Brad Rogers, said: “We are delighted in the industry response for Razor, and I am pleased that two long-term customers of Bis are the first to secure the technology. Razor was designed with miners, for miners – offering a step change in efficiency and importantly, operator safety.”

The key features of Razor include high engine power and grader mass that has been optimised to increase tractive effort by over 30%. Bis says it designed the grader with safety front-of-mind, resulting in a modular drivers’ cabin that improves ergonomics and a safer, more reliable, braking system.

The key features of Razor, according to Bis, include:

Rogers continued: “Bis is a resources logistics business that is differentiated in the market by our range of patented mining solutions. We harness the talent and experience of our team and design innovations and invest in new technology which delivers efficiency improvements for our customers.”

He said the company has a pipeline of innovations planned for the sector over the coming 12-18 months, with these new products and services adding new markets and geographies to its current portfolio.

The release of Razor comes little over a year after Bis unveiled Rexx, its revolutionary 20-wheel dump truck to the market.