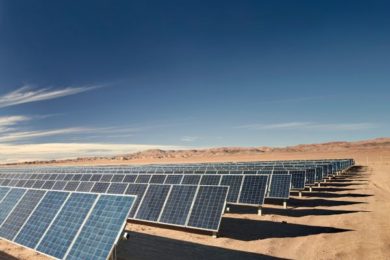 Teck Resources, AES Corp and their respective Chile-based affiliates, Compañía Minera Teck Quebrada Blanca SA and AES Gener SA, have entered into a long-term power purchase agreement for the Quebrada Blanca Phase 2 (QB2) copper project in Chile, which will enable the transition to renewable energy for around half the power required for the operation.

Under this arrangement, CMTQB will source 118 MW for Quebrada Blanca Phase 2 from AES Gener’s growing renewable portfolio of wind, solar and hydroelectric energy, in addition to the 21 MW of solar power already contracted from AES Gener. Once effective, more than 50% of QB2’s total operating power needs are expected to be from renewable sources, Teck said.

The transition to renewable power will replace QB2’s previous fossil fuel power sources, avoiding some 800,000 t/y of greenhouse gas emissions. “That is equivalent to the emissions of about 170,000 combustion engine passenger vehicles – equal to permanently parking more than half of all the cars in the City of Vancouver, or all the cars in the Tarapacá Region of Chile where QB2 is located,” Teck said.

The renewable power arrangement will come into effect as early as January 2022 and will run through October 2042. CMTQB’s other arrangements with AES Gener, totaling 122 MW of power, are not impacted, Teck said.

Don Lindsay, President and CEO of Teck, said: “Switching to renewable power for QB2 is part of Teck’s ongoing work to reduce emissions, achieve carbon neutrality across our business and support global action on climate change. This agreement secures reliable, long-term power for our major copper growth project at no additional cost, while helping to reduce our environmental footprint.”

Lindsay said the company would continue to explore further opportunities to increase the use of renewable energy as part of Teck’s ongoing focus on decarbonisation.

Andrés Gluski, President and CEO of AES, said: “We are proud to work with our customers in the transition to a low-carbon energy future. We have a long-term relationship with Teck and are happy to support their evolving energy needs.”

Ricardo Manuel Falú, AES Gener’s Chief Executive Officer, said: “At AES Gener, we are contributing to the mining sector’s goal of being more sustainable while supporting the decarbonisation of the Chilean energy matrix. With our Greentegra strategy and our Coal to Green solution, we enable our customers to become greener and more competitive by replacing coal-based energy sources with renewables.”

The $4.74 billion project is expected to produce 316,000 t/y of copper-equivalent for the first five full years at all-in sustaining costs of $1.38/Ib ($3,043/t). The initial mine life of 28 years uses less than 25% of the current reserve and resource, according to Teck and, based on a $3/Ib average copper price over the life of the mine, QB2 is expected to provide a net present value (8% discount) of $2.43 billion.

In addition to renewable power, QB2 will also feature the first large-scale use of desalinated seawater for mining in the Tarapacá Region of Chile, in place of freshwater use.

The QB2 announcement comes at the same time as Teck announced a goal of becoming carbon neutral across its operations and activities by 2050.

“This objective builds on Teck’s progress on climate action to date, including implementing projects and initiatives to reduce GHG emissions at its operations by 289,000 t since 2011 – the equivalent to taking over 88,000 combustion engine cars off the road – and 81% of Teck’s current total electricity consumption is from renewable energy sources.”

AES is also committed to reducing its carbon intensity by 50% by 2022 and 70% by 2030, compared with a 2016 baseline. Aligned with that goal, AES Gener is leading the decarbonisation efforts in Chile, with the largest amount of renewable energy capacity under construction in that country, according to Teck.