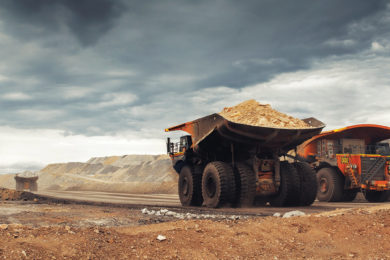 Back in July 2018, Hitachi Construction Machinery Co Ltd and Whitehaven announced the two had come to an agreement to implement the first commercial Hitachi autonomous truck fleet at Maules Creek. The collaboration between the two companies entailed scoping the delivery and commissioning of phased AHS deployment for the fleet of Hitachi EH5000AC3 trucks at Maules Creek and the establishment of the physical and technological infrastructure to support AHS capability.

Initial on-site testing of Hitachi’s AHS took place last year and the company has since been ramping up these tests to reach the commercial deployment stage.

As planned, a fleet of six EH5000 trucks and one excavator (an EX3600) started operation last month, Whitehaven said. During the current quarter, additional labour resources will be trained and deployed to allow for seven-day operation of AHS by end of June, according to the miner.

At an investor day presentation in September 2019, Whitehaven Coal Chief Operating Officer, Jamie Frankcombe, said following a six-month period of operating the initial fleet, a transition to one EX8000 excavator and nine EH5000 trucks could occur. Then, additional EX8000 fleets would be added in six-monthly intervals based on “performance gateway” achievements, with a target of five fleets and up to 45 trucks within three years.

This ramp-up of automation comes at the same time Maules Creek is being expanded, with Whitehaven expecting production to go from 11.7 Mt run of mine (ROM) in the year ended June 30, 2019, to 16 Mt/y of ROM coal.