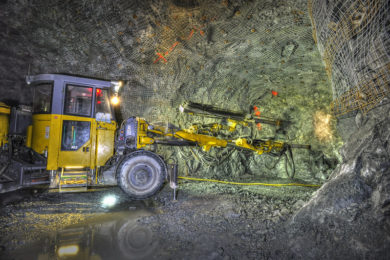 Eldorado Gold is commencing construction of a 3 km decline at its Lamaque underground gold mine in Quebec, Canada.

The fully permitted decline will go from the Sigma mill to the 405 m level of the Triangle mine, where resources and reserves reside.

Eldorado said the $24 million investment was expected to provide multiple near-term and long-term benefits as the company continues to grow production at Lamaque. Earlier this year, it was granted Certificate of Authorization from the Quebec Ministry of Environment to expand underground production from Triangle from 1,800 t/d to 2,650 t/d.

“Detailed engineering and site preparations for the decline will commence this month and surface construction on the portal will begin in Q3 (September quarter) 2020,” the company said.

The decline is expected to be completed by the first half of 2021, but Eldorado is also evaluating the possible addition of an underground crushing and conveying system as well as a potential mill expansion, it said.

Late last year, then-COO, Paul Skayman, told IM the company was considering the use of battery-electric vehicles, or vertical haulage with conveyors, as part of its mine expansion plans.

And, since then, the company has started trialling the SAMS™, or the shallow angle mining system, from Minrail, a system that could allow the company to further enhance Lamaque’s economics, improve safety and develop technical expertise that could potentially be leveraged at some of Eldorado’s other mines.

While an update outlining the path forward at Lamaque is expected in the December quarter of this year, the company said the benefits of the construction of this decline include:

George Burns, Eldorado President and CEO, said: “We are pleased to begin construction of the decline at Lamaque this summer. This is a project that we have been advancing for nearly a year and is another step towards further production growth and continued value creation at Lamaque.”