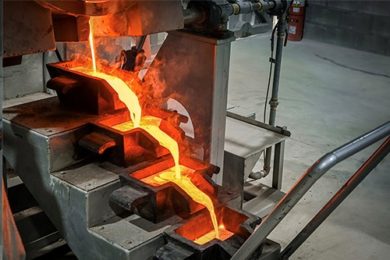 Fortuna Silver Mines has reported the first gold pour from its Lindero mine, in the Province of Salta, Argentina.

It follows on from the starting of irrigation and leaching of ore placed on the heap leach pad, reported in early September.

Jorge A Ganoza, President, CEO and Director of Fortuna, said: “The first gold pour at Lindero, our third mine in the Americas, is a significant achievement for the company as we advance the mine’s ramp-up phase towards commercial production in the first (March) quarter of 2021. Lindero is a mine with reserves for a projected life of 13 years and is a pillar in Fortuna’s asset portfolio.”

Ganoza continued: “I want to take this opportunity to commend our Salta-based team’s commitment and hard work in achieving this milestone, especially in the context where COVID-19 related restrictions continue to pose multiple limitations.

“If conditions permit, we look forward to hosting an on-site inauguration ceremony of Argentina’s newest gold mine with provincial and federal authorities early next year.”