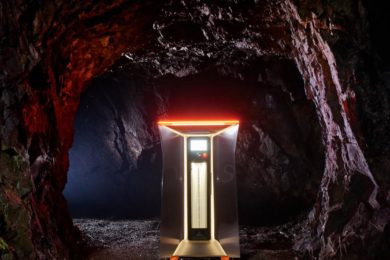 Swick Mining Services says its Mineral Technology Business, Orexplore, is pushing back the delivery of its first in-field commercial agreement with St Barbara Ltd at the Gwalia mine in Leonora, Western Australia, following discussions with the gold miner.

The contractor announced back in August that it would scan some 1,500 m/mth of core over a six-month period at the Gwalia mine, conducting technical assessment over a number of potential benefits of the detailed core analysis and a high volume of quality data generated by the GeoCore X10 instrument. It was expecting to mobilise the GeoCore X10 shortly after a formal contract was signed.

In an update on Friday, the company said: “Following discussions with the client, and due to their operational priorities, it has been agreed that the contract will be deferred to financial year 2022.”

This decision has also had an impact on Swick’s planned demerger of the Orexplore business, with the ASX-listed company now saying it will defer the transaction “to allow greater time to seed the commercialisation pathway with initial commercial projects”.

It added: “Swick considers securing commercial projects is a key step in developing a clear pathway for the commercialisation of Orexplore’s technology, and therefore for a successful demerger.”

As a result of the deferral of the demerger, Jason Marinko has resigned from the recently created Managing Director role. Marinko will leave the business effective mid-February and Kent Swick, Managing Director of Swick Mining, will lead Orexplore as it works towards a demerger.