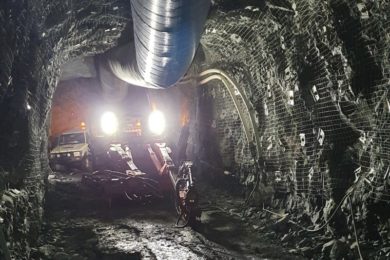 Wiluna Mining says it has formally agreed to enter a five-year alliance with contractor Byrnecut Australia Limited for the performance of underground development and production mining services at the Wiluna Mining Complex in Western Australia.

Wiluna Mining has commenced a three-year, staged development plan that will see it capable of treating all ore types at Wiluna through four processes including an existing 2.1 Mt/y carbon-in-leach process plant; a 750,000 t/y flotation and concentrator, commencing construction this month with commissioning due in October, scaling up to 1.5 Mt/y capacity by the 2024 financial year; gravity circuit; and tailings retreatment plant.

On conclusion of the staged development plan, which is being developed to match the rate of the underground mining development, Wiluna Mining says it will be capable of processing all its ore at the Wiluna Mining Operations and will be producing some 250,000 oz/y. Most of the gold at this stage will be produced as a concentrate, however gold doré produced on site in parallel to concentrate sales will be continued to improve and optimise operating margins.

Wiluna said back in October that Murray Engineering had been contracted to supply and maintain mine fleet for current production, associated development and stoping at the operation, while Byrnecut would provide equipment and personnel for existing development rehabilitation and new development for resource-reserve drill out programs and production from new mine areas.

Byrnecut, following the most recent agreement, will be responsible for development and eventually the mining of the underground mine at the Wiluna Mining Centre, Wiluna Mining said.

The Byrnecut pact will also allow Wiluna Mining to amortise significant agreed mine capital and establishment costs over the five-year alliance period and provides the framework and certainty to a long-term seamless integrated approach to both mine planning and mining services execution to ensure the best outcomes and risk mitigation, it said.

Milan Jerkovic, Wiluna Mining’s Executive Chair, said: “We are pleased to enter into the five-year alliance with a world-class mining contractor in Byrnecut. We see great synergies and efficiencies as well as cost and capital benefits through the alliance. It provides, with a great degree of confidence, that the underground development and ongoing mining will be executed with the highest standard of efficiency, safety, timeliness, and profitability.

“We look forward to working with Byrnecut to transitioning the Wiluna Mine, once again, into one of Australia’s biggest and most profitable gold mines.”

This agreement is conditional on the completion of the final contract documentation, which is underway, and respective board approvals.