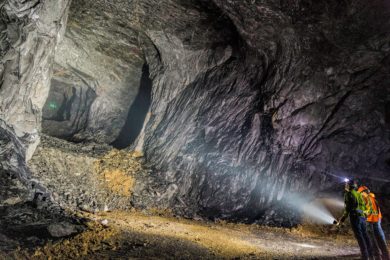 Exyn Technologies has continued to build its network of distributors, announcing a partnership with Mexico-based World Class Mining to bring autonomous drones to the Mexican mining market.

In the last year, alone, Exyn has signed agreements with OPTRON, NSS and C.R. Kennedy to expand its distribution network across Africa, Canada and Australia.

With the assistance of ExynAero, an autonomous and self-piloting aerial drone, the partnership was created to support WCM in its ongoing efforts to increase safety measures for Mexican miners and to make advancements in data collection, Exyn said. ExynAero allows for comprehensive underground aerial 3D mapping with progressive visualisation that increases overall transparency of mining operations − including for GPS-denied, hard-to-reach, or hazardous areas, or locations that would be time-consuming to survey and inspect using conventional methods.

Juan Gonzalez Serrano, Head of Business Development at WCM, said: “We are convinced that 3D mapping solutions Exyn has to offer are the best option available worldwide for our customers in Mexico.”

Nader Elm, CEO and Co-Founder of Exyn Technologies, said: “We’re very proud to expand our partnership with World Class Mining, and to deliver the key benefits of safety and operational efficiency to all the humans involved in the Mexican mining industry. By offering world-class software and technology, we have given them the ability to map areas underground they could never before reach. Our end goal is to be an integral part of fully autonomous mining operations.”