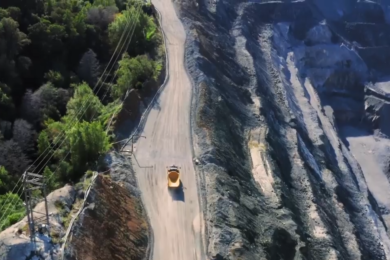 SafeAI has announced the release of what it says is the first operating system built specifically for autonomous heavy equipment with its SafeAI Autonomous Framework (SAF).

With the SAF, companies can leverage both SafeAI’s trusted infrastructure and industry expertise to accelerate their autonomous application development and create safer, more productive job sites faster than ever, according to the company.

The company explained: “Off-road heavy industries know they need to deploy autonomous solutions to remain competitive. However, many do not have the time, resources, or in-house expertise to build the solutions they need from the ground up. SafeAI’s new operating system, the SAF, enables companies across the heavy industry sector to overcome these challenges. The SAF provides proven, production-ready infrastructure to help companies fast track their application development and accelerate their transition to autonomy.”

The SAF is designed with the capabilities required for the development and deployment of autonomous applications, including high portability and reliability to ensure ease of use and functionality, according to the company. Written in accordance with both MISRA (C:2021 and C++:2008) and AUTOSAR coding standards, the SAF can support various compilers and operating systems, and can be used in embedded and real-time environments.

“With the SAF, SafeAI lowers barriers – both technological and resource-related – to autonomy, enabling companies to save up to four years of development time and the millions of dollars it would take to build their own operating systems,” the company claimed.

Bibhrajit Halder, Founder and CEO of SafeAI, said: “We’ve proven the impact autonomous solutions can have for industries like construction and mining, and we know this is the direction the industry is heading. But not every company has the resources, bandwidth and expertise to deploy autonomy as quickly as they’d like – and that’s where the SAF comes in. In the same way that operating systems have propelled development in industries like on-road autonomy and unmanned aviation, SAF will shave years off development timelines to move this industry forward in a meaningful way.”

With the release of the SAF, SafeAI says it will further advance the adoption of autonomy across off-road industries like construction and mining.

The release of this platform follows a year of significant growth for SafeAI as the company continues its mission of accelerating off-road deployment of autonomous technology.

Earlier this year, it announced its expansion into Australia and Canada, two of the world’s largest mining markets. This year, the company also announced $21 million in Series A funding to accelerate its research and development efforts and spur global growth.