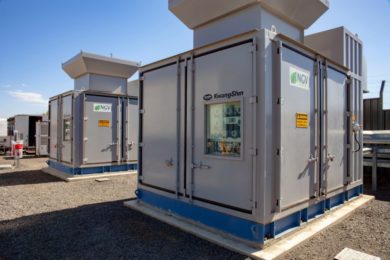 Pacific Energy has announced the acquisition of ENGV, an Australia-based leading turnkey provider of green hydrogen production and refuelling facilities, as well as entered multi-year exclusive supply arrangements for Australia and New Zealand with Nel ASA of Norway, one of the world’s largest manufacturer of electrolysers.

The ENGV acquisition further advances Pacific Energy’s in-house capabilities, uniquely positioning the group to be the only sustainable distributed energy provider in Australia with internal capability to provide and integrate all renewable energy technology and services, the company says. This includes solar, wind, battery, LNG and now hydrogen, as well as traditional gas- and diesel-fired generation.

ENGV was established in 2013 as a full-service provider in all areas of hydrogen, natural gas, biomethane and LPG and has grown with the evolving Australian clean energy market. It is recognised as the market leader in green hydrogen and renewable gas services and solutions, Pacific Energy says.

“ENGV was the first – and is the most experienced organisation – in deployment of hydrogen and renewable gas technologies in Australia and has completed multiple design and install projects incorporating hydrogen refuelling station facilities, electrolysers and fuel cells,” it said.

The company has a suite of long-standing supply agreements with global suppliers of hydrogen and renewable gas production, refuelling, compression and transportation equipment, including Nel, Hexagon Purus, PowerCell and KwangShin.

Jamie Cullen, Pacific Energy Group’s CEO, said he was thrilled to announce the addition of ENGV to the group.

“This is an incredibly exciting acquisition and milestone for our group, as we embark on a national growth strategy and add the final piece to complete our renewable energy capability profile,” he said. “We have been witnessing a transformation in our industry in recent years and our pipeline of potential new projects has evolved to be comprised of around 75% renewable energy. This compares with less than 20% only a few years ago, and we now have full turnkey capabilities across all major renewable energy technologies for our mining, industrial and government customers.”

Sean Blythe, Founder, and CEO of ENGV, added: “This is a great opportunity for ENGV to accelerate our growth in tandem with the rapidly expanding hydrogen and renewable gas markets in Australia. Becoming part of the fast-growing Pacific Energy group will bring mutual opportunities to our respective businesses and staff. Personnel from both organisations already have good working relationships resulting from the work we are doing together at Denham in Western Australia, where we are delivering Australia’s first renewable hydrogen microgrid facility.”

Cullen, meanwhile, said he was excited to have cemented exclusive electrolyser supply arrangements with Nel. The company recently attended the official opening of Nel’s latest production facility in Herøya, Norway, which is the world’s first fully automated electrolyser production facility, with an initial capacity of 500 MW, scalable up to 2 GW.

Established in 1927, Nel supplies electrolysers globally and estimates that is has supplied over 75% of all electrolysers to date globally. This includes a 3.5 MW electrolyser it supplied to ENGIE as part of a project to deliver the world’s largest fuel cell haul truck for Anglo American.

Nel has had supply agreements in place with ENGV since 2018 and these have now been renewed with Pacific Energy exclusively across the Australian and New Zealand markets, Pacific Energy said.

Nel’s Vice President Sales & Marketing (EMEA – Oceania), Raymond Schmid, said: “We recognise the importance and emergence of Australia in the green hydrogen market. The abundance of solar, wind and land resources provide the perfect landscape for green hydrogen production and together with Pacific Energy, we are excited to play a major role as the industry develops this decade and into the next.”