The South Australia Government says it will extend its Accelerated Discovery Initiative (ADI) until 2025, committing another A$11.5 million ($8.2 million) to the program.

“We expect to receive a high level of interest during round three, with a funding of up to A$3 million reflecting the global significance of ADI and the calibre of proposals,” van Holst Pellekaan said. “ADI is Australia’s most diverse exploration co-funding program, offering support for traditional drilling and geophysics, as well as other non-conventional exploration techniques, frontier logistics support, technology and research innovation.

“With a heavy emphasis on new technologies, scientific endeavour, and upskilling, to boost discovery while reducing risk, ADI reflects the changing drivers in exploration.

“In additional to innovative exploration programs, ADI initiatives have fostered meaningful employment and upskilling of Aboriginal employees and businesses. So far, during rounds one and two, funding of A$7.4 million was allocated to 36 initiatives.”

“ADI facilitated a trial of deep ground penetrating radar (GPR) in the region and early results are compelling,” Scanlon said. “The technique has not only found over 25 shallow new structures, but also their orientation, giving us clear, shallow targets for precise, high-efficiency and low-cost drill testing.

“We are looking at an order of magnitude gain in cost and time to target delineation, acquiring these targets for less than $200,000 over a 1-2 month period, versus A$2-3 million of drilling over a 1-2 year period of time,” he said.

Barton is an ASX-listed gold exploration company with a total attributable circa-1.1 Moz of gold in the resource category (28.74 Mt at 1.2 g/t Au), a pipeline of advanced exploration projects and brownfield mines, and 100% ownership of the only regional gold mill in the central Gawler Craton of South Australia, the company says.

van Holst Pellekaan said Barton’s recent success is another example of the benefits of the ADI not only delivering results for Barton but sharing the results publicly that will help other explorers unlock new discoveries.

“It was pleasing to see round two heavily over-subscribed, with a total of 76 high quality applications received with 22 projects assessed against the project criteria to receive funding,” he said. “We are anticipating a similar amount of interest for round three.”

The extension of the ADI will significantly contribute to increased exploration activity and discovery of new mineral resources to achieve the South Australian Growth State target of A$300 million in annual exploration investment, the government says.

Experts led by the University of Adelaide are looking to help the mining industry find a pathway to more efficient, green, sustainable and safer mining operations by transitioning to battery-supported electric vehicles (BEVs).

In a new project funded by the Future Battery Industries Cooperative Research Centre (FBI CRC), researchers are providing the Australian mining industry with a suite of decision-making tools and guidelines that will aid their transition towards BEVs and associated stationary machinery in their mining operations, the FBI CRC said.

“About 30-50% of the total mine site energy usage is related to diesel-powered mining vehicles,” Dr Ali Pourmousavi Kani, the University of Adelaide’s, Lecturer, School of Electrical and Electronic Engineering, said. “This represents a significant proportion of current mining operational costs, and the prevalence of diesel fuel usage presents significant health and safety concerns.

“Mining is a critical industry in Australia. It is great to see a growing movement in this industry to reduce their carbon emissions in line with the global transition to renewable energy and electric transportation. Electric vehicles and machinery, combined with partial or standalone renewable energy powered microgrids, will provide a pathway to more efficient, sustainable and safer mining operations.”

Dr Pourmousavi Kani will work on the project, named ‘Assessment, Design and Operation of Battery-Supported Electric Mining Vehicles and Machinery’, or Mine Electrification for short, with Associate Professor, Wen Soong, and Associate Professor, Nesimi Ertugrul, who are also from the School of Electrical and Electronic Engineering.

The project, which has a budget of approximately A$2.76 million ($2.02 million), of which A$1.16 million is in cash and the remainder in-kind support, and lasts for 3.5 years, will, the FBI CRC says, enable the resources sector to:

“The project will allow mining companies to understand the benefits and technical risks and costs of implementation,” Dr Pourmousavi Kani said.

“It will also assist equipment, technology and service providers to service mining companies during the transition to BEVs. End users will benefit from a de-risked strategy to transition, reduced production costs, reduced energy costs, reduced emissions and an upskilled work force.

“Overall, this project will help the Australian mining industry to remain competitive globally by greening their production and lowering their operational costs.”

Dr Jacques Eksteen, a Research Director of the FBICRC, said: “This project is highly significant for the FBI CRC as it serves as an important development and demonstration project of the uptake of battery technologies in mining vehicles and mobile equipment.

“This application of battery technology offers significant potential benefits to industry, and we are keen to invest in developing and enhancing capability in the field of mobile mine electrification.”

South Australia’s Minister for Energy and Mining, Dan van Holst Pellekaan, added: “Sustainable mining operations is a focus for South Australia, and the Mine Electrification project demonstrates our leadership and ability to collaborate as we work towards reducing our carbon emissions.”

Unearthed Solutions says scores of multi-billion-dollar mining projects could be ignited following the results of an international challenge to unlock the potential of South Australia’s resource-rich Gawler region.

ExploreSA: The Gawler Challenge, run by the South Australian Government and innovation specialists Unearthed Solutions, had a total prize pool of A$250,000 ($183,249) and attracted broad domestic and international interest.

Buoyed by its success, the South Australia Government has allocated an additional A$5 million from the Economic and Business Growth Fund to the GSSA to flesh out the winning concepts into prospects for exploration companies to make the next big discovery, Unearthed said.

Minister for Energy and Mining, Dan van Holst Pellekaan, said he was pleased to congratulate the first prize winner, Per-OZ, for its innovative entry which brings together traditional geology, machine learning, advancing modelling, and precision drilling.

“The judging panel chose the solution presented by Per-OZ as the best overall submission due to their unique methodology which could help geologists in the field find that needle in the haystack. Their unique approach may put us one step closer to uncovering new economic mineral deposits in one of the most significant iron oxide copper-gold regions in the world.”

He added: “By looking at traditional geology with techniques from other disciplines, we can peer into the depths of the earth in a new way, and might just uncover the next Olympic Dam or Carrapateena.”

The Minister for Energy and Mining added that the competition drew around 2,200 data specialists from more than 100 countries to interrogate massive holdings of new and historical data held by the GSSA across the Gawler Craton.

“Globally, it’s becoming harder to find new mineral deposits, and the next generation of discoveries will need to go beyond traditional geology,” he said.

“The analysis of this information treasure trove by data and geoscientists in just five months is an amazing leap forward in the use of artificial intelligence, machine-learning algorithms and alternative mathematical data analysis for the mining sector.

“The GSSA will use this new funding to develop, validate, and deliver publicly available Next Generation Mineral Systems maps for explorers.” 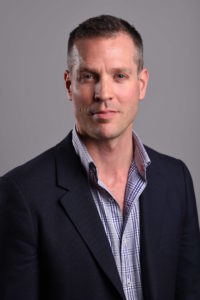 “The world is more interconnected than ever, and the Gawler Challenge has shown that the future will be shaped by those who embrace innovation and collaboration. South Australia is set to reap huge economic benefits and is sending a positive, forward-thinking message to students and international investors that this is where the future lays.

“All mineral targets, models and data will be made publicly available to encourage companies to explore for new deposits in the Gawler region, reinforcing South Australia’s reputation as the centre of mining excellence and innovation in Australia,” he said.

Unearthed Solutions has compiled all targets generated by the challenge into an interactive map, which can be found on the Unearthed website from 16 September 2020.

The South Australia Government is to host a A$250,000 ($169,397) crowd-sourced open data competition to fast-track the discovery of mineral deposits in the state.

Called ‘ExploreSA: The Gawler Challenge’, it will see the government partner with open innovation platform, Unearthed, in a worldwide call for geologists and data scientists to uncover new exploration targets in the state’s Gawler Craton region.

South Australia Minister for Energy and Mining, Dan van Holst Pellekaan, said: “This state-of-the-art competition has the potential to unearth the next Olympic Dam or Carrapateena by encouraging global thinkers and innovators to interrogate our open-file data and generate new exploration models and ideas for targeting.

“Mining is one of the pillars of the South Australian economy and this competition should add to the pipeline of projects in the resources and minerals processing sector.”

He said the state’s existing inventory of discoveries suggest there are “major prospects” and many other deposit styles and commodities to be identified, with this competition only serving to bring those internationally significant discoveries forward.

“ExploreSA is an example of the bold and progressive thinking required to assist industry in accelerating the state’s annual economic growth rate to 3%.”

All targets generated, including those from the winners of the A$250,000 prize pool, will be publicly shared to increase innovation and understanding in the resources sector by enabling access to data science approaches and modern geoscience thinking, according to Unearthed.

“This exciting crowdsourcing competition and world-class open dataset will attract a global community of innovators, some whom won’t have worked in the mining industry before,” she said.

“We can’t wait to see how they will apply their diverse skills, fresh ideas and novel approaches to mineral exploration to accelerate discovery in South Australia.”

Earlier this year, OZ Minerals partnered with Unearthed on an online crowdsourcing competition to find new exploration targets at the Mount Woods tenements of the Prominent Hill copper-gold mine, in South Australia.

ExploreSA: The Gawler Challenge will open early next year. To find out more, visit: https://unearthed.link/ExSAGC_IM