Under the agreement, Voltalia will begin construction of the Bolobedu Solar PV renewable energy project in 2023, at a site in the province of Limpopo. The power plant is scheduled to be complete by 2024 and will deliver an annual generation capacity of up to 300 GWh. It will feed into the national power grid to supply RBM’s smelting and processing facilities through a “wheeling agreement”.

The renewable power supply is expected to cut RBM’s annual greenhouse gas emissions by at least 10%, or 237,000 t/y of CO2e, Rio says.

Rio Tinto Minerals Chief Executive, Sinead Kaufman, said: “The agreement, which is a first step towards reducing RBM’s carbon emissions, is a major milestone and one that is in line with Rio Tinto’s decarbonisation strategy. As this solar energy project progresses, we will continue exploring additional renewable solutions that further reduce our emissions in South Africa and make Richards Bay Minerals a contributor to our net zero commitment.”

Voltalia CEO, Sébastien Clerc, added: “We are very pleased to support RBM in its decarbonisation journey. The Bolobedu photovoltaic power plant will be our biggest project in Africa, after performing construction of a series of other solar plants for us or for clients, in the continent (Zimbabwe, Burundi, Tanzania, Kenya, Mauritania and Egypt). This project is the first of our South African large solar-and-wind portfolio under development, in areas with grid connection available, that will be ready to support our clients to overpass the actual energy crisis with affordable, clean and stable electricity.”

Voltalia will work to ensure the Bolobedu Solar PV project creates local employment opportunities for the surrounding communities. A total workforce of more than 700 people is expected during construction, with a workforce of around 50 people once the plant becomes operational.

The project will also provide skills development opportunities for members of the surrounding communities, and a bursary program for young local learners. In support of South Africa’s growing renewable energy sector value chain, Voltalia will work to source its goods and services locally.

The Bolobedu Solar PV power plant will be 51% black-owned through BEE partners, with a minimum 10% stake going to black women, while the host community will also have a participation.

Société Nationale Industrielle et Minière, known as SNIM, is one of Africa’s largest iron ore producers. The mining company has ordered a package of Epiroc Pit Viper 351 drill rigs with advanced automation solutions that will be used at the new F’Derick mining site. Epiroc will, in addition, provide service supervision and spare parts.

The equipment order is valued around SEK150 million ($14.7 million) and was booked in the June quarter of 2022.

“Epiroc has a long-term relationship with SNIM, and we look forward to continue supporting the customer with optimal productivity and safety at the new mine site,” Helena Hedblom, Epiroc’s President and CEO, said.

The Pit Viper 351 rigs are manufactured in Texas, USA. They will be installed with automation features including AutoDrill, which allows for up to 100% of the hole drilling cycle to be in automatic mode with high consistency and reliability of operations, and with AutoLevel, which minimises the time it takes to level and delevel and hence provides more time drilling. They will also be equipped with Epiroc’s telematics system, which allows for intelligent monitoring of machine performance and productivity in real time, Epiroc says 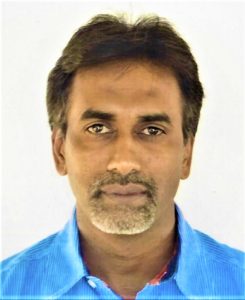 Aggreko has helped Kinross Gold shore up its power supply at the Tasiast gold mine in Mauritania, providing a turnkey heavy fuel oil (HFO) solution that has given the company time to review its longer-term energy needs.

The Tasiast mine is one of the largest open-pit gold mines in Africa, located in the remote north western region of Inchiri in Mauritiana.

As an off-grid mine it needed to have its own power supply and was being powered by a 25 MW HFO Wartsila power plant, with an additional 10 MW of diesel, both of which Kinross own, Aggreko said.

Furthermore, the company had recently completed phase one of an expansion of the mine. This included the installation of a new SAG mill to increase the rock crushing capacity by 50% – from 8,000 t/d to 12,000 t/d – however, the power generation capacity had not been upgraded. This meant the redundancy available on site was significantly decreased once the mine expanded and heightened the risk of power failures.

The life of mine was expected to be at least another decade away in 2029 too, and, with the diesel price volatility impacting operations, Kinross needed to think about power for the mine over the longer term, as well as what it could do to alleviate the cost implications it was suffering, short term, Aggreko said.

It engaged Aggreko to explore the options.

To address the immediate issues, Aggreko offered a solution that was easy to integrate into the team’s current power mix, it said.

“Replacing the existing diesel plant with 13 MW of Aggreko’s HFO power meant we could reduce their reliance on diesel, and they could keep the old diesel sets as additional redundancy for emergencies,” the company said.

“We synchronised with their existing Wartsila HFO plant and integrated the systems smoothly with no interruptions to their operations – ultimately safeguarding production.”

With Aggreko providing a turnkey solution, the company didn’t need to worry about operating or maintaining this new plant, it said.

Delivering the plant on time was also crucial for Kinross, Aggreko said.

With eight months of planning, the contract was signed in June 2019. This requested Aggreko to deliver and commission the plant by the last day in November of the same year.

“Putting our deep experience of operating in Africa to use, specifically our knowledge of local importation and logistics challenges, we delivered the project not only on time, but also on budget,” Aggreko said.

Aggreko concluded: “Kinross have reliable, guaranteed power 24/7 to ensure their gold production is unaffected by power issues or further shutdowns, and it’s given them the breathing space and time to review longer-term power options for the remaining life of the mine.

“The solution we put in place to use HFO also made the fuel management easier using one fuel across both their existing Wartsila plant and the new plant, which was also more cost effective.”

Tasiast produced 391,097 ounces of gold equivalent in 2019, according to Kinross. For the second consecutive quarter, the mine achieved record quarterly production and a record average throughput rate of 16,100 t/d in the March quarter, as the mine continued to benefit from the phase one expansion.

The company is also in the middle of a phase stage expansion at the operation, which could see throughput capacity increase to 24,000 t/d by mid-2023.

Capital Drilling’s push into West Africa will start paying off in the second half of the year, according to Executive Chairman, Jamie Boyton, with the contractor having sealed a number of drilling agreements in the region in the opening six months of 2019.

The company has progressively invested more resources in West Africa over the past few years, aiming to capture market share in a region where gold exploration is high.

The company recorded revenue of $54.7 million over the six-month period, a 0.4% year-on-year increase, while its average revenue per operating rig dropped to $183,000, compared with $200,000 in the first half of 2018, primarily due to new contract mobilisations. The group maintained guidance on anticipated revenues for the current financial year of $110-120 million, with revenue expected to increase in the second half of this year.

During the period, the company purchased an additional blasthole rig for the long-term contract at Centamin’s Sukari gold mine, in Egypt, as part of the group’s ongoing fleet management; made further progress in the establishment of its West Africa operations, with drilling commencing in Burkina Faso with Golden Rim Resources in May; and was awarded its first drilling contract in Nigeria with Thor Explorations Ltd, with drilling scheduled to commence in the December quarter.

Boyton said: “The first half of the year was focused on further consolidating Capital Drilling’s presence in the highly active West African market, with a number of new contracts awarded, which will contribute to group revenues from the end of Q3 (September quarter). This strong push into this region has seen the commencement of our first drilling contract in Burkina Faso during Q2.

“Today we have also announced our expansion into Nigeria from Q4 (December quarter), a mineral rich, yet poorly explored country with significant potential, where we already operate a successful mineral analytics laboratory. Pleasingly, our major operations have also continued to achieve significant safety milestones throughout the first half.”

New contracts awarded during the first six months include: