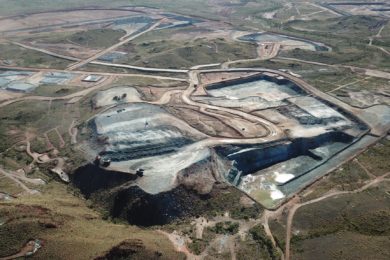 Altura Mining has become the latest lithium-focused company to transition from developer to producer after declaring first concentrate from its Pilgangoora project in Western Australia.

The achievement comes only 16 months after the company broke ground on the project and two months since crushing operations began.

At full production, the Pilgangoora processing plant will have the capacity to produce 220,000 tonnes per year of 6% spodumene concentrate. Like many of its competitors, Altura is weighing up an expansion. Stage two of Pilgangoora could see capacity double to 440,000 t/y.

Altura said it has been encouraged by on-site testing of the first production batch by laboratory operator Intertek, which showed a concentrate grade exceeding the industry standard 6% lithium oxide and specifications that fit “comfortably within those required by the company’s offtake agreements”.

The first shipment of concentrate to be shipped to one of its offtake partners, Lionergy, is expected next month. Lionenergy has indicated it would like to receive as much as possible of the 100,000 t/y minimum supply allocation under a binding offtake agreement as the mine ramps up in the second half of the year, Altura said.

Altura Managing Director James Brown said: “Our focus now is to ramp up production to full capacity over the coming six months and then we can turn our attention to the expansion project.”