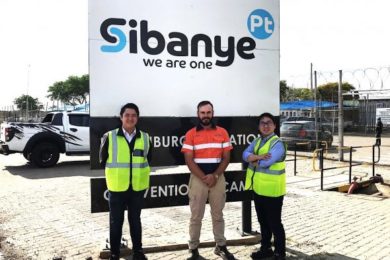 Terra Drone South Africa has shown off its surveying expertise to Sibanye-Stillwater, with one of its drones successfully navigating a 3m x 3 m tunnel at one of the gold and PGM miner’s underground assets.

A simultaneous localisation and mapping-equipped drone was able to realise “stable automatic navigation” under a “non-GPS environment,” Terra Drone said. The result was the generation of a highly accurate 3D model.

Terra Drone said the many injuries caused by fall of rock incidents in Africa could be somewhat alleviated through the use of accurate surveying and inspection.

“We believe that this technology (drone mapping) will improve safety and work efficiency in Africa’s mining industry in the future,” the company said.

Teppei Seki, Terra Drone Chief Operating Officer, said he was delighted to have carried out such a demonstration with Sibanye-Stillwater. He said the company would now focus on volume calculation by “making 3D measurements of stopes, survey and inspection for ore path and vertical shaft with Sibanye-Stillwater”.

The collaboration is expected to be a “giant step” towards opening up the development of more underground mines in Africa in the future, he added.

Terra Drone is a leading commercial drone technology company that is expanding. It has a branch in South Africa along with nine others in the world covering mining, oil & gas and electricity solutions.