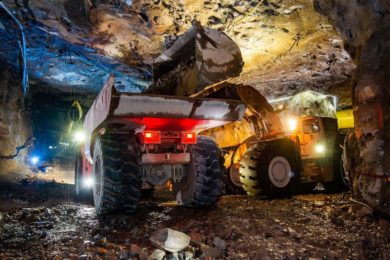 DRA Global has been awarded the contract for basic engineering services on the Kakula mine portion of the wider Kamoa-Kakula project in the Democratic Republic of Congo.

The contract scope includes the basic engineering and design associated with all underground mining infrastructure, the concentrator plant and all supporting surface infrastructure.

Kamoa Copper SA, a joint venture between Ivanhoe Mines, Zijin Mining Group and the Government of the Democratic Republic of Congo, will develop the new copper mine, which is expected to yield an estimated 6 Mt/y in its first phase alone.

The Kakula deposit has been independently ranked as the world’s largest, undeveloped, high yield, high-grade copper discovery, according to DRA, with a resource measuring 174 Mt at an average grade of 5.62% Cu.

DRA’s project delivery relationship with Ivanhoe Mines started on the high-grade platinum-group metals, nickel and copper Platreef project in South Africa. “It was on this project that DRA demonstrated its experienced capability in project delivery which proved to be a key differentiator for the organisation on Kakula,” DRA said.

DRA was contracted to complete the prefeasibility study (PFS) for Kamoa Copper SA, in 2017. In October 2018, DRA was further awarded the contract to deliver a complete basic engineering package. Work began in October and is estimated to conclude by mid-2019.

In addition to the basic engineering, DRA offers continued support on the early works, which includes equipping the main declines with dewatering and conveyor systems, ventilation shafts and associated surface infrastructure.

Alistair Hodgkinson, DRA Executive Vice President, Projects, said: “The team working on this project has gone above and beyond to meet deadlines and exceed client expectations ultimately to ensure that this signature project starts producing as soon as possible.”

Earlier this month, Ivanhoe Mines revealed the prefeasibility study for an initial 6 Mt/y copper mine at Kakula, in addition to an updated preliminary economic assessment combining both Kakula and Kamoa into an 18 Mt/y operation.