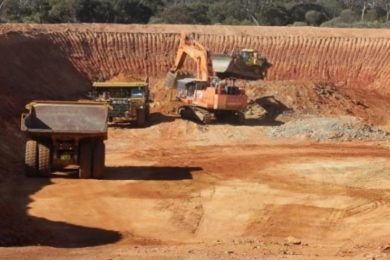 Mincor says it plans to incorporate some of the most modern mining technology to enhance safety, boost operational efficiency and reduce costs at its integrated nickel re-start project in the Kambalda District of Western Australia.

Having released the definitive feasibility study on the project, the company is now awaiting a positive final investment decision from the Mincor Board. It hopes this will be made early in the September quarter. Should all go well, this could result in first nickel-in-concentrate production being achieved in the second half of 2021, it said.

The “Mincor Nickel Operations” DFS confirmed the potential to develop a five‐year operation producing 63,000 t of recovered nickel-in-concentrate for an estimated pre-production capital expenditure of A$68 million ($41 million). This could see the project, which is likely to feature a contract mining model, generate a post-tax internal rate of return of 88% based on the company’s estimates.

Mincor said: “Importantly, the DFS reflects a starting position only as potential extensions to the life of mine have been identified at Cassini, where recent diamond drilling returned a significant intersection of 17.6 m at 5% Ni, which is outside the current mineral resource boundary and has been excluded from the DFS.

“At the Northern Operations, underground drilling is planned once mine development commences targeting extensions and new discoveries in this well-endowed nickel mining area.”

Despite this remaining potential, Mincor has already kicked off an early works program at the operation, which has seen Hampton Mining and Civil Services begin a “discrete two-month program” focused on site clearance activities for infrastructure and services, plus the excavation of the box-cut at the high-grade Cassini orebody, Mincor said.

The mine plan at the project involves scheduling production from three distinct mining operations, Cassini, Miitel and the Northern Operations (Durkin North and the Long mines). The mine design physicals and associated costs for the three all feed into individual mine models, with the outputs from each model forming part of an integrated mining and processing plan to optimise mining and processing schedules. This is all geared around delivering annual average throughput of 500,000-600,000 t of ore to the Kambalda Nickel Concentrator, in line with a toll treatment pact Mincor has in place with BHP Nickel West.

With the start-up of Cassini and the re-start of the mines previously under care and maintenance, Mincor said it plans to incorporate some of the most modern technology at the operation.

An important aspect of the DFS, which the company has previously talked about, is the use of electric light vehicles underground.

Mincor said: “The use of these vehicles has been considered to improve air quality and reduce primary ventilation power costs within each of the mines.”

The company has tested this out recently with a trial of Safescape’s battery-electric Bortana EV at its Long mine.

In addition to this, underground Wi-Fi is set to be used in development and production areas for control of equipment and real-time monitoring of ventilation, pumping and fleet activity. Related to this, teleremote control and laser guided technology on loaders is likely to be employed.

The technology has previously been employed with favourable results at Northern Star Resources’ Kalgoorlie gold operations.