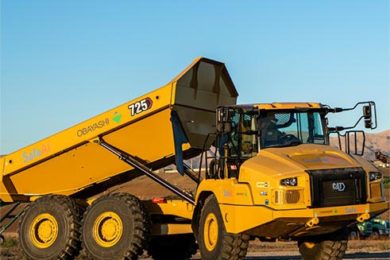 SafeAI has announced a major global expansion of its autonomous solutions business with entry into two new countries, Japan and India.

With new offices and growing local teams in both markets, the company says it is poised to significantly accelerate the rollout of autonomous equipment across heavy industry, worldwide.

Both Japan and India represent tremendous opportunities for growth with large heavy equipment markets. Japan, in particular, boasts a massive construction sector, recently estimated at a value of more than $530 billion, SafeAI said.

India, meanwhile, has a construction industry worth more than $35 billion and a significant mining sector that produces 95 minerals and has an export value of approximately $4 billion, it said.

To support this continued global growth, SafeAI has also announced four new leaders to its team:

“Companies across heavy industry, and across the world, are eager to deploy autonomous solutions for safer, more productive sites,” Bibhrajit Halder, Founder and CEO of SafeAI, said. “To meet this skyrocketing demand, we need both the geographic reach and the expertise to meet our customers where they are and ensure a successful deployment. Lisa, Ryo, Sudarshan and Rob all bring invaluable experience to guide our team through the next chapter.”

This expansion comes on the heels of a busy year for SafeAI’s growing business that has also included launching in Canada and Australia, securing a $21 million Series A round and launching an industry-first operating system.