Doosan Infracore Europe, under the theme ‘Powered by Innovation’, has announced a number of new developments that, it says, not only add to the company’s current Smart Solutions portfolio for the construction, quarry and mining equipment, but also gives a preview of what will be coming in the future.

They include a new strategic partnership with Palantir Technologies, an American big data start-up. This agreement is the first of its type in Korea and forms part of the company’s efforts to provide new products and services by converging ICT technologies such as big data and the Internet of Things, Doosan said.

The service programs within Doosan Smart Solutions also aim to maximise operating efficiency by creating a smart work environment and, as part of this, Doosan has launched a new mobile app for Apple and Android devices for its DoosanCONNECT™ fleet and asset management system, now covering over 70,000 Doosan machines worldwide. Further support is provided by a package program of regular maintenance and extended warranty designed by Doosan and carried out by the service teams at Doosan dealers.

Doosan provided an industry-first with a demonstration at Bauma 2019 of long distance remote control of machines using a 5G telecommunications platform, previewing the company’s ConceptX suite of solutions for site automation including fuel cell drones and autonomous vehicles, which will be shown off at another event later this year.

Charlie Park, CEO of Doosan Infracore Europe, said: “The construction, quarrying and mining industries are becoming increasingly digitalised. We want to stay ahead by investing heavily in new technology for our product development, which includes investing in our drone solutions and automated machine control. We are also partnered with many big solution providers such as Trimble, Leica, Moba (Novatron) and now Palantir. We want to be known as the most technology-friendly brand in our markets.”

Dassault Systemes has signed a Memorandum of Understanding (MoU) with IPACS to jointly pursue technical and business opportunities in key industries in Australia, namely natural resources, defence, marine and offshore, cities and territories.

IPACS is an Australia technology company specialising in the collection, monitoring and reporting of real-time asset performance in various industries.

Dassault Systemes and IPACS went through a value assessment during a pre-qualification phase for the South Australia Government’s marine and defence industry supply chain programme, the “Virtual Shipyard”, to develop a strong domestic defence industry that will support the Federal Government’s Future Submarines and Future Frigates programmes set to commence in 2020.

In the course of the assessment, Dassault and IPACS identified each other as partners with strong and desired skills for technical and business collaboration as they explore opportunities in natural resources, defence and other key industries in Australia, they said. Under the terms of the agreement, Dassault will collaborate with IPACS to create a “first-of-a-kind industrial demonstrator in Internet of Things (IoT) for joint exploration of these business opportunities”, which will leverage IPACS’ IoT sensing technology and Dassault Systemes’ software solutions on the 3DEXPERIENCE platform.

The ROC is a collaboration between OZ Minerals, the University of South Australia, IPACS Power and the South Australian State Government that provides an information and communications technology (ICT) platform for remote applications. It examines how vibration analysis of equipment at a distant mine site can indicate impending problems and failures. This enables equipment to be repaired before issues arise and used more intensively for longer periods. 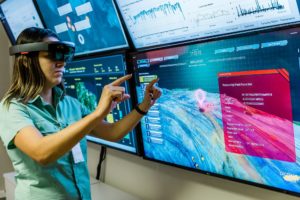