Caterpillar’s 994 wheel loader has been a leader in its size class since it was first introduced in 1990. Now the company is set to enhance its offering with a step up to the all new Cat® 995 Wheel Loader which it says will deliver more payload, more power and more performance while using less[…]

Japan’s Idemitsu Kosan has agreed to transfer all of its coal mining interests (85%) in the Ensham Coal mine located in Queensland, Australia, held through its wholly owned subsidiary Idemitsu Australia Pty Ltd to Sungela Pty Ltd, which is 75% owned by South Africa’s Thungela Resources Ltd, the thermal coal miner demerged from Anglo American[…]

Aveng has announced that its South African based contract mining subsidiary, Moolmans, has entered into a new five-year contract with its long-standing client Tshipi é Ntle. The new contract is valued at approximately ZAR7 billion (over $400 million). This contract award will result in significant investment in equipment, people, processes and systems and Aveng says[…]

Underground limestone miner Seongshin Minefield (SSMF) is now operating an automated Sandvik Mining & Rock Solutions 45 t class Toro™ TH545i, which is also the first underground autonomous dump truck in South Korea and one of the relatively few worldwide when compared to the number of autonomous LHDs. It has also gained a lot of[…] 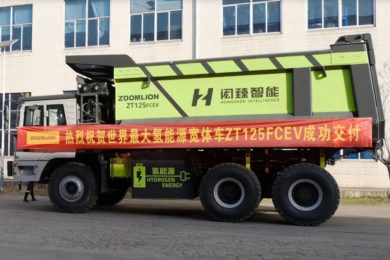 On December 15 2022, the ZOOMLION New Energy Products and Smart Site Conference was held in Changsha with the theme ‘Green Smart Manufacturing Leading a New Future of Double Carbon’ and the latest achievements of Zoomlion in developing new energy technologies and products in response to China’s national double carbon strategy were announced. This relates[…]

With the shareholder vote on BHP’s proposed acquisition of copper and gold mining group OZ Minerals expected to be held in early April 2023, and with OZ Minerals Directors unanimously recommending shareholders vote in favour, it is a good time to review the miner’s progress in 2022 and plans for 2023 across its main mining[…]

A Komatsu Joy 7LS5 shearer recently began production at Arch Resources’ West Elk thermal coal mine in Colorado, making it the sixth operating Joy 7LS5 shearer in the US. Komatsu states: “The reliable 7LS5 model shearer was introduced in 1999 to Peabody Energy Shoal Creek mine as a solution in mid-to-high seams in some of[…] 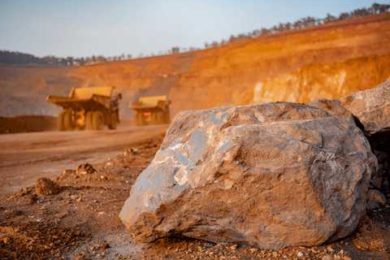 Steering digital transformation with technological intervention in mining operation, India’s Tata Steel Mining Ltd (TSML) has launched its ‘e-Log’ app – which it describes as a complete solution to all kinds of logistical needs in mining operations. The single integrated logistics platform will digitise processes and give real time data with actionable insights plus capture[…] 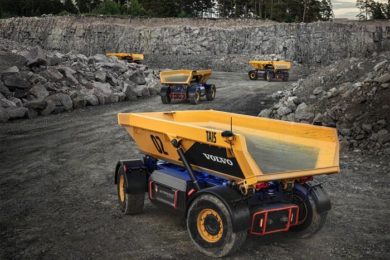 The question of whether bigger means better in mining trucks was raised again recently in a blog post by Uwe Muller, Head of Sales & Marketing Off-Road Solutions at Volvo Autonomous Solutions. Of course one issue with today’s large rigid mining trucks is their CO2 emissions, which motivated a Volvo research project as far back[…]