The move comes after 30 years of service at the operation, which supplies building materials to major construction projects locally and throughout the UK.

“This quarry was one of the first adopters of SDBs back in 1984 (photo from 1988), progressively changing all their conventional OEM bodies on their CAT 777 fleet to SDBs and was able to reduce the number of trucks from nine to seven due to the improved productivity,” Duratray said.

“Duratray is looking forward to support this valued customer over the next three decades and more.” 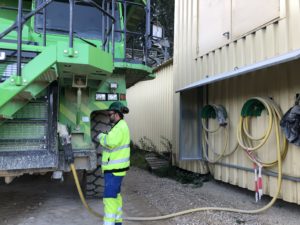