De Beers Group says it is rolling out the use of advanced driver assistance systems (ADAS) across its operations in southern African, following two phases that saw the technology installed on buses and any vehicles that carry four or more people.

The world’s leading diamond producer places “Putting Safety First Everywhere” as its number one value and has been fatality-free for the past two years, according to Dr Urishanie Govender, De Beers Group Head of Safety and Sustainable Development.

“The application of ADAS aligns with our culture of pioneering brilliance as we equip our operations for FutureSmart Mining,” Dr Govender says. “This exciting initiative has provided another valuable tool for our amazing people on site who are constantly looking for ways to improve our safety performance.”

She highlights that the intervention contributes to the De Beers Group’s critical control management, one of the areas for advancement identified at the company’s regular safety summits.

“Driven by the chief executive officers across the group, the specific focus areas are Competence, Culture, Connectedness, and Cultivating Care to enable everyone to be Ready to Respond to Risks,” she said.

Head of Asset Strategy and Reliability at De Beers Group, Meshal Ruplal, says the first phase of the ADAS initiative saw the technology being installed on buses and any vehicles that carry five or more people. In a second phase, vehicles with four passengers were fitted with the equipment. The technology comprises a range of functionality, including cameras to monitor “harsh and distracted driving”, the company said.

“The camera software can also check on the driver’s eyelid movements and other indicators of drowsiness, and can transmit short video clips to a control room for improved monitoring,” Ruplal says. “It can register infringements like changing lanes without indicating, or crossing a solid barrier line.”

The technology – which has been proven in the trucking industry abroad – assists the driver by checking if there is a safe distance to the vehicle in front, recognising speed limit signs and detecting whether the seat belt is being worn.

“ADAS makes an important contribution to our coaching and training activities, as the data we gather is fed back to drivers to continuously improve their performance,” Ruplal says. “Used as a proactive warning system, the technology has generally received good support from drivers and their trade unions.”

He notes that De Beers Group’s contractors – who assume much of the company’s staff transportation function – have been quick to come on board and align with the ever more stringent safety standards.

Following De Beers Group’s recent CEO Safety Summit, the diamond miner says it is facilitating co-design sessions necessary to establish roadmaps for each operation as part of the process towards finalising a group-wide safety framework.

The CEO Safety Summit initiative, now in its third year, is part of the company’s commitment to achieve zero harm throughout its global operations. It brings together a wide range of personnel from De Beers Group’s executive committee as well as general managers, safety and sustainable development leads and safety line managers.

It takes place every year in January and August and, over the course of a week, it sees teams collaborate and discuss the requirements needed to establish a safety framework that guides the company’s day-to-day operations and ensures zero harm for every employee.

The company’s recently appointed Principal Safety Lead, Willemien Potgieter, attended the recent summit, held in August, and believes it has positioned De Beers as a leader in driving safety within the mining sector.

Potgieter is a qualified Electrical Engineer, Project Manager and Engineering Safety Manager and has worked for the metal, pulp and paper, chrome, petroleum and mining sectors, applying her knowledge of engineering into safety leadership roles, De Beers says. In her position, she is driving safety across De Beers Group’s global operations in Canada, South Africa, Namibia and Botswana.

These areas will be built into a framework, each with their own priorities and outputs. “Importantly, all of the initiatives and actions we outline must be measureable and put into systems to create sustainable methodologies that support the framework,” Potgieter says.

Following the growing success from five summits since launch in 2017, Potgieter will facilitate co-design sessions necessary to establish roadmaps for each operation as part of the process towards finalising a safety framework. This will reduce resistance to change, ensure a clear alignment on deliverables and help build relationships and encourage knowledge sharing, she noted.

While the steps taken in building a safe business is a work in progress, Potgieter noted that the implementation of actions and initiatives are always taking place in parallel to the CEO Safety Summits.

“Improving safety is an ongoing process and an area that receives priority and attention every day,” she concluded. 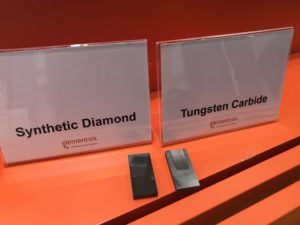 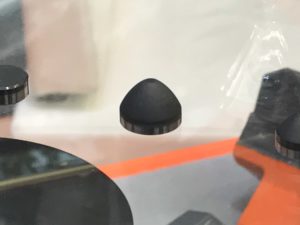